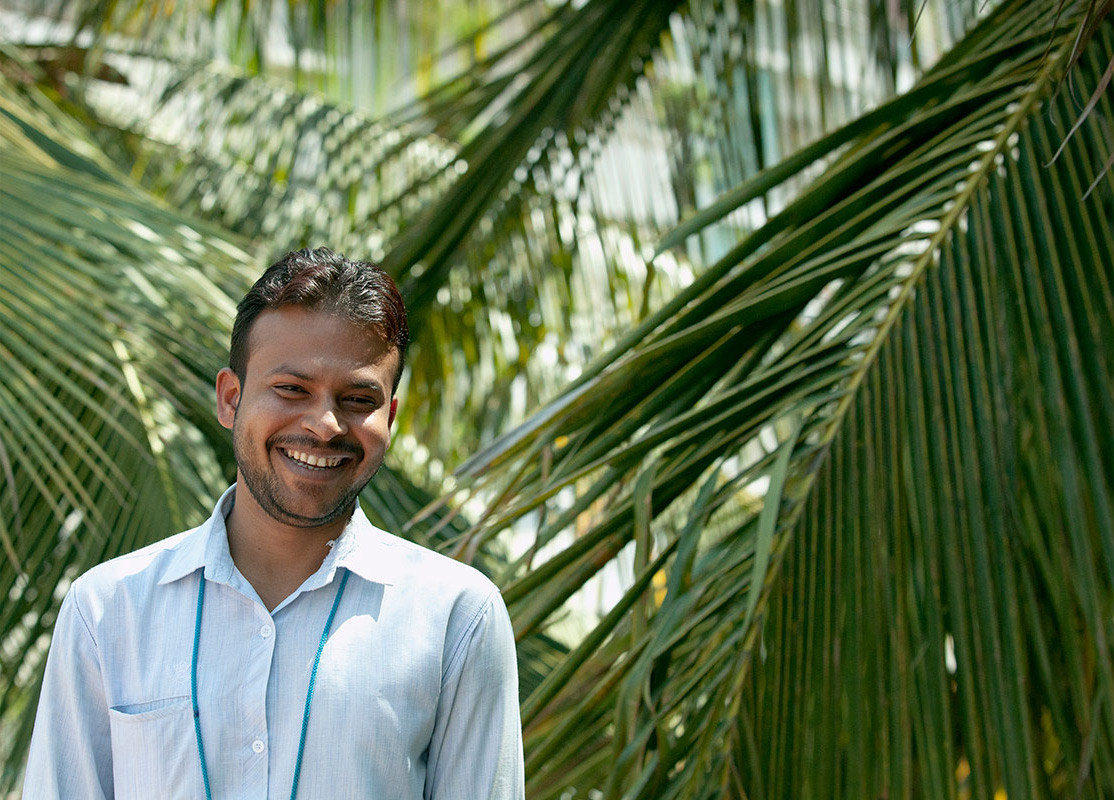 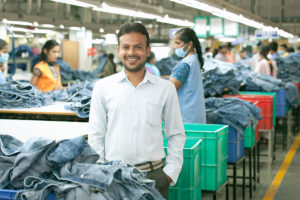 Twenty-seven year old Naushad sports a boyish grin as he talks. His conversation is easy, his answers come from the heart. It’s in the way he tells his story. A blunt honesty that comes from an appreciation of what life has taught him. He was born in Saharsa jila, in Bihar, a poor state in northern India. His parents quickly realised that Naushad wasn’t going to be a disciplined or scholarly child.

“I never liked to study, I am illiterate even today. I never studied past the 2nd standard”, he says unapologetically. But his sense of adventure replaced (and one could argue, negated) his need for studies. His parents sent him to Delhi as a boy, in the hope that he would go to school under the supervision of his uncle. He got bored quickly. He refused to go to school and instead learned some tailoring basics from his uncle.

Then, in order to escape going to school, he ran away as a teenager to Mumbai. He had nothing to call his own. He ran away with no plan and no money. He only had one friend to rely on. It was this friend’s family that took him in as their own son, fed him and provided shelter. “I didn’t do anything for two years, just lived with my friend, roamed around, played cricket.”

But it was Mumbai where he learned the value of the rupee and the work that went into earning it. His two years in Mumbai made him reflect on what his parents had been trying to do all along: learn the value of responsibility. He wanted to do right by them and went back to his village. He knew he had to work to make a living. Along with his brother he took off to Tirupur in south India, a hub of the garment industry. During his six-month stint there working as a tailor he had the opportunity to visit Bangalore in 2008.

He found himself at the gates of Shahi, unit 12, and asked the guard if there were any opportunities for himself and “my other 16 friends who work in Tirupur’”.

He and his two accompanying friends were taken in to meet Mr. Venugopal from Shahi HR and given lunch and evening snacks as they went through the paperwork.

He started working at Shahi, but refused to learn Kannada, the local language. “I thought I didn’t need it, so I avoided talking to the locals and stuck to people who knew Hindi.” But as time passed, he understood that if he had to grow he needed to learn the language.

“One day I realised that if I wanted to be ambitious, I needed to communicate with others. So I started learning Kannada, started talking more and more in the language. Now I know much more of the language than I ever did before.”

His gut instinct proved correct. He was able to enter a supervisor training course at Shahi and now has a more responsible role in the team.

“I feel comfortable negotiating the hierarchy chains in my team. I am able to problem-solve issues and also help other people who are struggling”. His voice rises as if imitating the new confidence he has gained at Shahi.

His brother who works with him is also his roommate. “My brother is my best friend”, he says as soon as he’s asked who he is closest to here in Bangalore. On Sundays, they enjoy watching CID (an Indian detective show) on television and making a mutton biryani that takes 2 hours to prepare. ‘’Some people at home think I look like Daya from CID”.

I fell in love with the weather!
It was always a nice temperature. 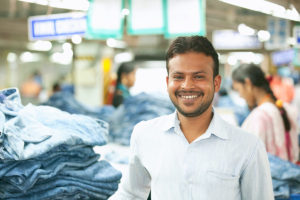 Naushad reflects the kind of progressive success and willingness to learn that makes the story of Indian migrants so compelling. In a nation made up of states so thoroughly different by food, language and habits, it’s fascinating to witness the migrant wave that comes into a new place and adapts to the new world so effortlessly. Their stories make up the spine of India’s economy. And with the right resources, a thirst to learn, and a transparent opportunity ladder in front of them, they stand to give more and more to our country every day. Today, Naushad is a young man who is very far from the boy who refused responsibility and ran away from home.

“I’ve been able to help out my family financially”, he says with pride. “Right now I am working hard to make some money. I look forward to the future.” As he concludes, his face bright, his voice unwavering. 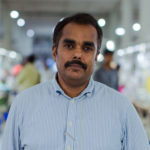 Shahi offers me complete autonomy in doing my job and achieving the targets set. The company has always appreciated my good performance and at the same time stood by me during tough times. 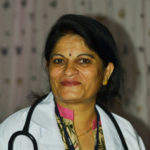 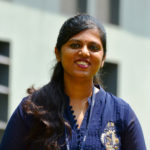 Working with an organization which is founded by a lady and employing more than 70% females, is a real contribution to society — and I feel proud to be a part of it.

Shahi has given me freedom to experiment with my creativity and has welcomed my new project ideas, which are now helping workers grow professionally and personally. 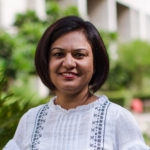 In our new factories, we are incorporating green building design principles from the planning phase. For example, in our new unit in Madur, we are using sunlight illumination on our production floors leading to minimal energy consumption. New factories are being designed to use maximum amount of day light and good ventilation.

A rainwater harvesting system has been set-up in our Shimoga facility. The rainwater collected after filtration is used in our factories for production processes, utility services and recharging bore-wells. In 2018 so far, on average, 30 percent of the water demand at Shimoga has been met through rainwater harvesting.

Commitment to Zero Discharge of Hazardous Chemicals (ZDHC) by 2020

Improved budgeting and savings planning
Increased savings in secure, formal institutions such as bank and post office
Increased awareness on financial facilities such as money withdrawal from ATM

Shahi was involved in the P.A.C.E. planning process from the very beginning. This collaborative approach has helped the program remain extremely relevant and our units now have the largest number of P.A.C.E.-trained women in the world. After several years, we have also developed a special version of the program for our male employees.

With the Good Business Lab, we researched the business impact of P.A.C.E. and found a positive return on investment which has created a powerful business case for extending the programme to every worker.

Watch the P.A.C.E. journey of our employee Sujatha in this short film from Gap.

Back To Top
×Close search
Search